Conference – “Just energy transition in Serbia and the green deal/agenda”

The conference “Just energy transition in Serbia and the green deal/agenda” has been successfully completed.

Representatives of almost all relevant stakeholders for this important topic, which concerns the whole society and all citizens, were sitting at the same table.

Conclusion of the second panel – “What awaits us until 2030”

Serbia is largely on the path of energy transition, in line with the Green Agenda for the Western Balkans, and this process is expected to lead to changes in the labor market. Along the way, it is important to prepare several planning and legal documents that should facilitate the energy transition process, and it is crucial that the process is implemented in a socially sensitive way so that no one is endangered. The drafting of an Action Plan for a Fair Energy Transition with the EBRD has also been announced. It was noted that there are already numerous programs of the National Employment Service that could be expanded and included in the programs of fair energy transition.

We have also heard examples of good practice from EU countries and networks dealing with a fair transition.

At the final panel, Maja Pupovac presented the report “INVITATION TO EVERYONE: LET’S WAKE UP!” on the attitudes and expectations of citizens on a fair transition in the municipality of Lazarevac.

By talking about the municipality of Lazarevac, as an illustration of the situation at the local, journalist-researcher Predrag Momcilovic, Ognjan Pantic from BOŠ and Natalija Stojmenovic, activist of the movement Don’t Let Belgrade D(r)own, completed the story of a fair energy transition in Serbia.

Another conclusion is that there is a lack of information among citizens regarding the direction in which Serbia’s energy policy is moving, the deadlines set in terms of decarbonization and the effects of this process that they will feel. As a way to overcome these challenges, social dialogue was pointed out, which should provide citizens with open and transparent information on the process of energy transition, which is currently missing, with often contradictory messages coming from the highest decision-making positions.

We thank all the panelists and participants for the quality exchange of knowledge and experiences. 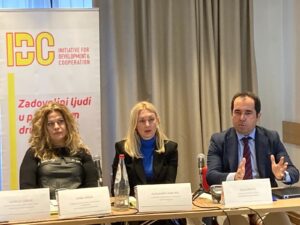 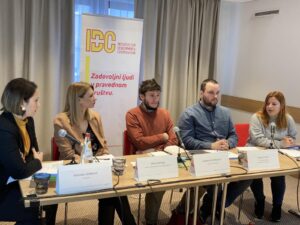 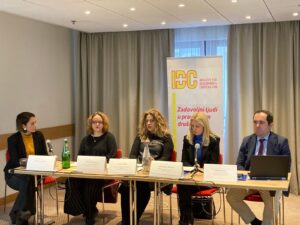