Within the project, You will never walk alone IDC realized an interactive – mobile exhibition in cooperation with the City of Subotica Youth Office .

More than 40  IDC and Youth Office volunteers took part by carrying portraits of migrants in order to raise awareness of local population and draw public attention to the human faces and stories behind the statistics and media articles on the refugee crisis . The exhibition had informative and educational character, and citizens of Subotica were able to read interesting facts and information about the countries from which migrants come from, but also about specific social phenomenon and issues that have become part of our social reality with the outbreak of the refugee crisis.

You will never walk alone exhibition and documentary move are realized within the project “Strengthening the capacity of local communities in Serbia: mitigating the impacts of refugee crisis”. The project is implemented by the United Nations Development Program (UNDP) in cooperation with the Ministry of Public Administration and Local Self-Government and the Serbian Commissariat for Refugees and Migration, owing to the  funds of the Government of Japan.

Exhibition was realized with the support of American Corner Subotica. 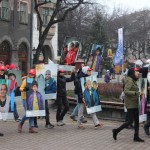 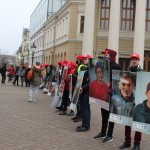 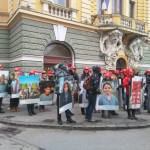