Social inclusion is not a magic trick!

Home > Actual > Social inclusion is not a magic trick!

The end of June, in Sid, was marked with the arrival of the Lolipop circus from Switzerland. The seven-member line up, whose youngest member, little Nera, is 3 years old and the oldest 60, arrived with the idea to organize circus workshops and performance for the youngest inhabitants together with IDC in this municipality. Lolipop Circus visits one country of Eastern Europe every year and deals with the inclusion and empowerment of children through circus skills. This year they chose Serbia, and contacted the IDC to find a municipality that will be able to recognize this idea.

Owing to the support of the Municipality of Sid and the Center for the development of Srem (CRS), we managed to enable the Lolipop Circus to visit Serbia and provide all that was necessary for the realization of the activities. A total of 43 children participated in circus workshops and performance, and besides the children from Sid gathered by CRS, we succeeded with the support of the Red Cross Sid, to include children from vulnerable social groups, while owing to the Commissariat for Refugees and Migration RS and the organization SOS Children villages, a group of 11 children, who were accommodated in the reception center for migrants, Principovac, took part. 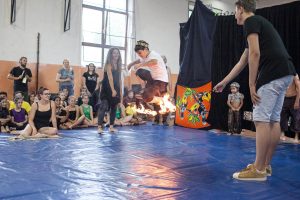 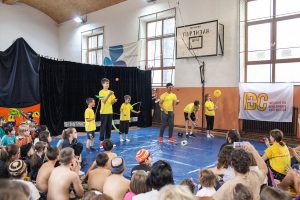 During 5 consecutive workshops, revealing secrets behind magic tricks, winning new heights on trapez, learning acrobatic and juggling skills, we managed to create not only unforgettable childhood memories for the participants, but also to encourage them to give applause to each other, to help a friend get up when they fall down and try again, to seek what is behind the things that seem impossible and realize that what usually stands behind them is understanding and learning, that each trick looks better when it is done in company of others and when you can rely on the other and give support, regardless of gender, religion or other differences. 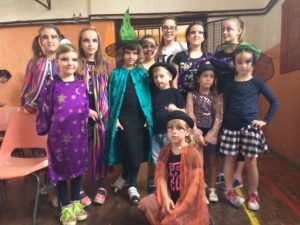 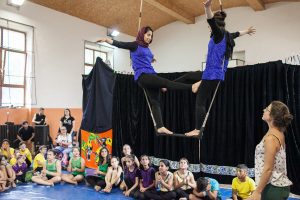 After  5 workshops the participants performed a great show and presented the tricks they learned in front of the crowded hall of the sports center Partizan in Sid. The performance was accompanied by deserved applause and ovations, and our little ones showed that social inclusion is not a trick.