Last week was marked by a trip to the capital of Denmark, Copenhagen, where we attended a training academy on youth and cyberbullying. The IDC team was represented by 5 young participants, who are interested in this topic, but who have different skills and interests from which they refer to this problem, such as psychology, digital skills, programming, marketing, and others. In addition to the team from Serbia, the training was attended by groups of five young people from Croatia, Italy, Hungary, France and Denmark. The training was organized within the project #Youthagainstcyberbulling, which is implemented through the Erasmus + program by the Danish organization FIC, which hosted the participants. 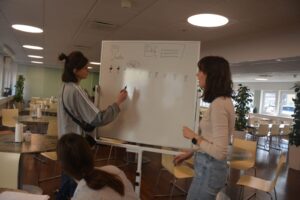 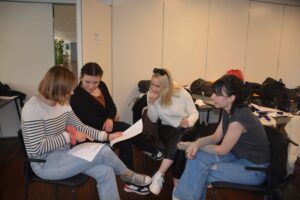 Over five working days, more than 30 young people participated in interactive workshops, held by various experts from Denmark and project partner countries. Matte Frobenius, a Danish stand-up comedian, writer and lecturer, is responsible for the fantastic first impression. They shed light on the concept of “harassment”, and through everyday life, situations helped participants to see the breadth and dispersion of forms of behaviour that are actually harassment, even though they are normalized in our everyday environment. Participants had the opportunity to talk to the PR of the Danish national football team and get acquainted with the campaign they are conducting together with the Danish royal couple, on this topic. We also talked about the violence on the Internet with the EU parliamentarian, Niels Fuglsang, who is working on the adoption of the EU digital act. Through a special exercise, designed by psycho-therapist Nikola from Croatia, young people had the opportunity to enjoy the roles of a whole range of people who participate in bullying in the online environment as victims, bullies, but also observers, pranksters or victims. 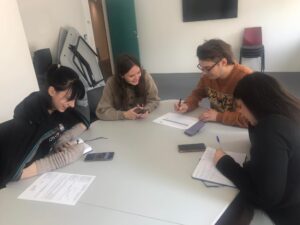 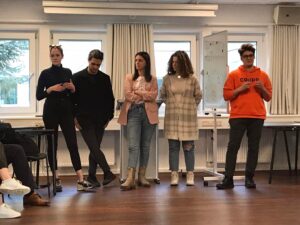 In addition to these, and numerous other workshops and lectures, we were able to look at the problem of violence on the internet from different angles and positions. Upon their return, young people will have the task to apply the acquired knowledge and skills, and design and maintain similar training in their country.

We used every free moment to get to know Copenhagen. Our smartphones say we’ve walked an average of about 24,000 steps a day. We visited tourist attractions such as Nyhavn, a part of the city with canals and colourful buildings, we climbed to the top of the Church of Christ the Savior from whose circular external staircase the whole city can be seen, we visited the Christiania art district, the statue of the Little Mermaid and many other attractions. We learned to play Snyd and Mayer at our favourite bar on Norebro. On the recommendation of the locals, we visited some non-tourist locations, which introduced us to the daily life of this country, such as the Danish Architecture Center, a building through which you can slide, introduce sustainable housing and construction, but also the history of Danish architecture. We visited The Assistants Cemetery, where Hans Christian Andersen and Nils Bohr are buried, which looks like a botanical garden, with paths for running and cycling, where people walk and spend their free time. 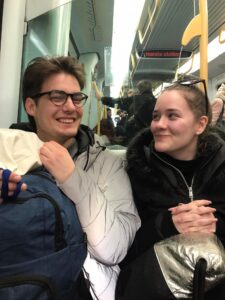 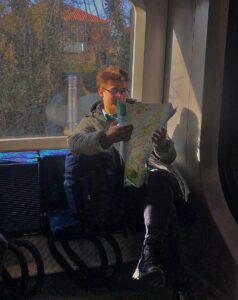 Free time is a very important part of the Erasmus projects because that’s when young people from different countries get to know each other better and connect through socializing. Our five representatives have made friends, whom they will always be able to contact if life takes them to one of their countries, and maybe together they will discover some new countries. We hope that in the future, young people from our country will have many more such opportunities to learn, travel and socialize through the Erasmus Plus program. 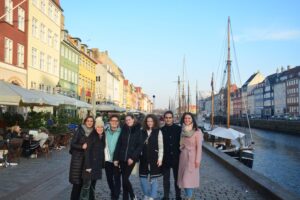 The #Youthagainstcyberbulling project is implemented within the Erasmus + program, by FIC from Denmark in partnership with CEMEA from France, ARCI Liguria from Italy, Solidarna from Croatia, PSG from Hungary and IDC from Serbia.