This week, IDC took part in an annual training academy traditionally organized by the European network of civil society organizations SOLIDAR. The theme of this year’s Academy was Intercultural Education, Civil Activism and Peaceful Coexistence. The Academy was held in Ipswich, UK, in cooperation with the British member of network, Volunteering Matters.

The Academy has once again managed to bring together a large number of youth workers, volunteer coordinators and other representatives of member organizations who are engaged in encouraging youth activism, developing support programs for youth and involving young people. Over 20 participants exchanged experiences with their colleagues from 14 European countries on current social problems shared by the entire continent, but also had a chance to introduce other participants to social problems and background of their countries

On the first day, the participants were welcomed by the Mayor of Ipswich, Mrs. Sarah Barber. While on the second day of the Academy, the participants had an opportunity to discuss Brexit and its consequences for the future of Europe with Mrs  Julie Ward, Member of European Parliament. 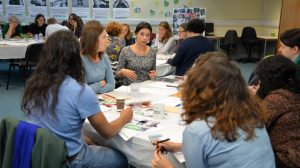 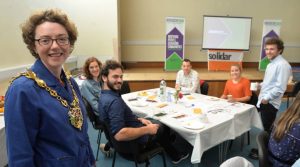